Isa Halme studied violin at the Sibelius Academy, Finland, where she graduated from with distinction in 2014. The focus of her studies was the performing arts but her master's degree also included extensive pedagogical training.

Isa has worked as an orchestra musician in several Finnish orchestras and she is a member of two active chamber music groups of which both lean strongly on improvisation along with their otherwise classical repertoire.

She has also worked as a teacher for violin students, chamber music groups and orchestras. In her work as a musician Isa particularly enjoys the versatility of classical music and exploring new musical dimensions through improvisation.

She also values the constant new possibilities of meeting and collaborating with musicians from different countries and cultures. In her teaching she strives to pass on her own joy for music and playing with others to her students. 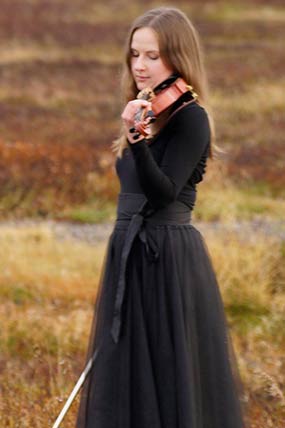